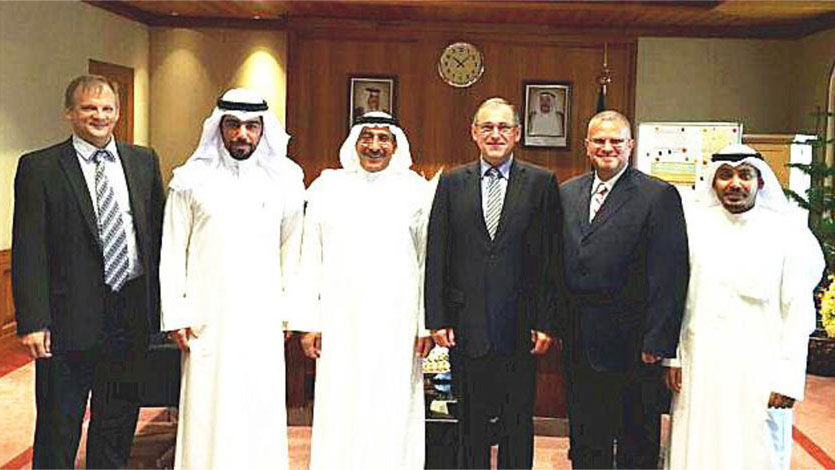 MEW of Kuwait invited TGOOD to meet on the 27th & 28th of October with their technical teams & his excellency the minister of MEW, Eng. Ahmad Al Jassar. Dr. Siegfried Ruhland, Dr.Eihad Sarabi, along with our team in Kuwait, presented to the MEW about TGOOD history, capability & innovation. More specifically about our state of the art technology in the prefabricated, modular & compact substation concept: E-House.
TGOOD President Dr. Siegfried Ruhland presents our urban substation concept to MEW of Kuwait

MEW of Kuwait has shared with the TGOOD team their top challenges:
1. Building SS fast enough;
2. Expansion due to higher load demands in dense populated areas.

The TGOOD HQ and MENA team has prepared a case study, taking a traditional 132/11 kV SS and converting it into TGOOD’s E-House concept. We were able to convince the MEW that we can reduce space by 45%, time of delivery by 50% and savings in cost due to the elimination of majority civil works.

As a result, MEW has invited TGOOD MENA to propose a solution for several pilot SS with TGOOD’s trade mark E-House.

TGOOD Has Launched Their 40.5kV Primary GIS in the Global Market

TGOOD Has Launched Their 40.5kV Primary GIS in the Global Market